From London to Rifugio Guglielmina in a day, skiing the Monterosa 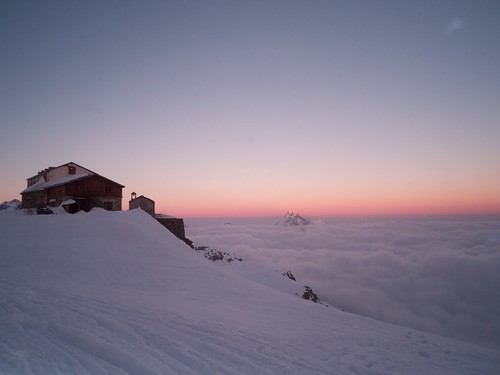 Weekend ski trips are the holy grail for any skier, they let us city slickers squeeze the maximum possible ski time into a busy working life but are becoming increasingly expensive and less achievable due to changes in airline schedules. The heyday for these trips feels like it was around 5 years ago when budget flights were at their lowest and ski resorts weren’t desperate to compensate for bad years of lost trade.

We set off from Kensington at 0330 on a Friday morning (that’s just one day off work) and flew at 0650 from Stansted to Bergamo. On arrival, we were greeted with the luggage at the efficient little Orio al Serio airport. Within 20 mins we had a blushing baby Fiat Panda ready to economically transport us to the Alps and back.

ACROSS THE PO VALLEY

The drive was straightforward, across the A4 until Novarra then a turn off into the Val Sesia with our destination Alagna at the end of the road. The whole journey took about 3 hours including a 15 min stop. After turning off the A4, it all becomes a bit rural, frequently getting stuck behind nonna. There are some fascinating and noteworthy places along the way such as Gattinara, Borgosesia and Arborio (of risotto rice fame!). 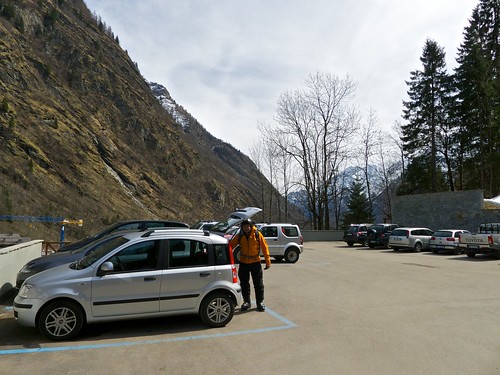 ALAGNA, END OF THE ROAD

At Alagna we parked at the bottom of the cable car (€4 per day) and hired skis from Sporthaus (conveniently next to the lift). After purchasing a 2 1/2 day pass (€91) we sped up to the top of the first cable car full of excitement. Next we waded through a few puddles (it was April after all in a bad season) to reach the Passo Salati gondola to reach the summit of Alagna.

FROM THE SUMMIT OF PASSO SALATI 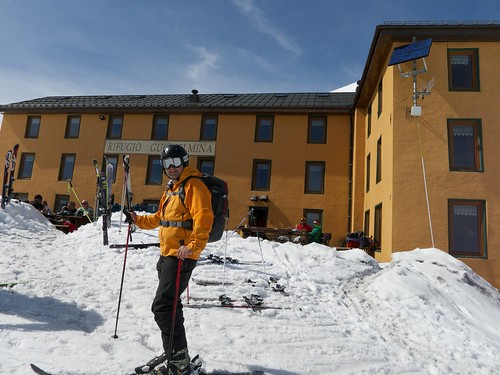 A short fuori pista trip (5 mins) off the main piste to Gressoney led us to a fine pair of rifugi, namely Citta di Vigevano and our chosen Rifugio Guglielmina. We arrived at 1430, not bad after leaving London at 0330. A quick chat at the bar and dump the rucksacks and we headed off to ski for the rest of the day until the lifts closed at 1645.

On the first day we stuck to Alagna which is very limited in both lifts and runs, but is clearly called ‘freeride paradise’ for a good reason. With snow, there would be extensive off piste options all around in a similar spirit to La Grave in France where the lifts are merely there to allow access to a valley of opportunity.

The only one we tackled was a bowl right next to Rifugio Guglielmina which was in terrible condition, being in the shade it was an ice crust with wet slush under the surface. 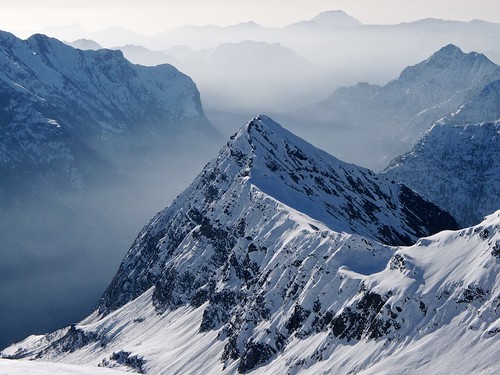 After a couple of hours on Alagna’s sparse but long pistes, we headed back to the refuge and arrived to a soundtrack of Italian jazz on the patio. As it was Jamie’s birthday, we treated ourselves to a bottle of the fine Grattamacco Super Tuscan. Rifugio Guglielmina prides itself on an outstanding Italian wine cellar. Penne with cinghiale (wild boar), then carpaccio di vitello (veal) washed down with a few too many grappas and a scramble in the dark to the room after the generator packed in for the night made for a memorable birthday. 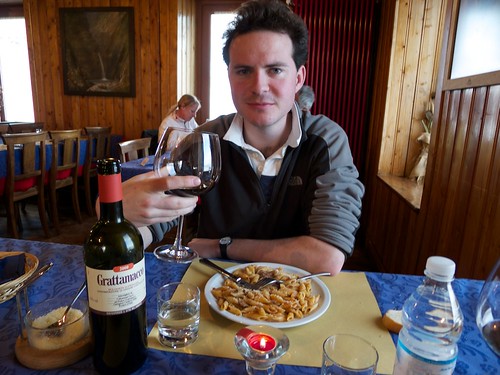 During our second night, we performed a 2880m altitude pub crawl by visiting the adjacent rifugio for a beer. We though this original, but at 2200 2 piste bashers parked up and proceeded to do the same as if it the local norm. I took some good night photos with my LX5 “compact landscape kit”. 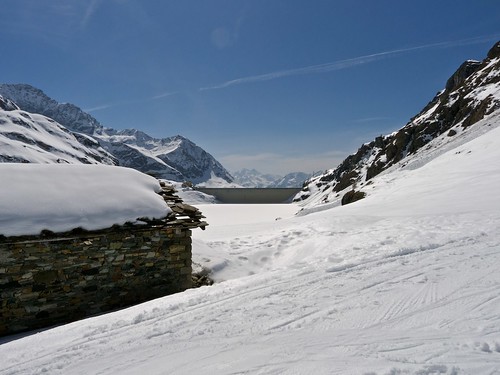 From the top of the Passo Salati lies a land of opportunity. Great off piste down to Alagna one way and miles of piste towards Gressoney and Champoluc in the other, all covered on the Monterosa ski pass.

Gressoney’s pistes are not so extensive nor difficult but offer excellent variety and great vistas. We benefitted from a free guide in the form of a guest we met at the rifugio who had skied the area since age 7.

We did not fully explore Champoluc, but this seems like the most extensive pisted area and also offers quite spectacular views. I believe the town is very scenic but did not visit. 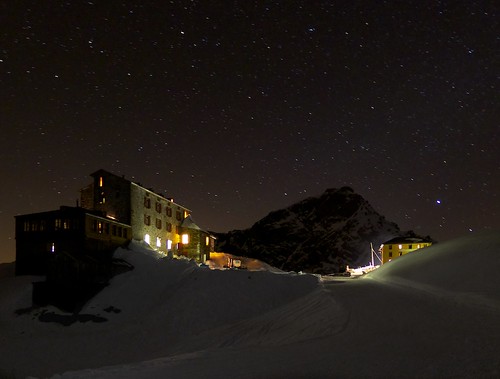 Following a freezing cold shower (€3) in the rifugio, we made an early start to beat the weekend crowds on Sunday, knowing that we may finish a bit early. The temperature reached 23 degrees and felt more beach than ski resort like, as enacted by half naked basking Italians.

We descended back to Alagna at 1530 and returned our skis, took a wash in the toilet block by the lifts, ate a couple of slices of pizza al trancio (and bought gifts) from the lovely bakery and; finally descended in the Panda. Traffic was awful until the A4.

We dropped off the car at Bergamo airport and relaxed in the departure lounge (great shops) before flying back to London at 2240.

And that, is how to ski for the weekend…